Week of International Scientific Young Talents From January 29 to February 03, 2017

You have a scientific vocation and you wish to exchange your experience with young people from all around the world and French professionals sharing the same interests ? You have adult legal age and you are under 28 years old ? So participate to the Week of International Scientific Young Talents with a programme that will take place in the two venue of Universcience Paris, first French public institution for the dissemination of scientific culture, which gathers the Cité des sciences et de l’industrie and the Palais de la découverte !

During this celebrating season (30 years of the Cité des Sciences et de l’Industrie in 2016 and 80 years of the Palais de la Découverte in 2017) and under the patronage of the President of the French Republic, Universcience will host international young scientists to show them its sites and know-how, share their scientific projects and participate in workshops on cultural and scientific mediation. Young talents include: researchers, academics, bloggers, journalists, scientists, engineers, museologists ...

Several objectives to this event : to make these young talents "Ambassadors" of the French scientific culture abroad and of the two Universcience sites, soak in the rising generations’ projects, play a leading role in the cultural life of their country, and promote networking and sustainable trade.

Download the application file, to be completed and sent at the following email address : scac.yaounde-amba@diplomatie.gouv.fr

Candidate selection comes under the Cooperation and Cultural Action Service (SCAC)’s jurisdiction. The following criteria will be applied :

One to two winners per country will be offered, respecting a gender balance. Each participant must be under 28 and be of age according to the laws of his country.

Participants must be at least either francophone or anglophone.

The SCAC will make the final selection of one or two candidates to represent Cameroon at this event.

The airfare and accommodation of the winners or will be borne by the SCAC.

Universcience will support all the proposed activities in the program. 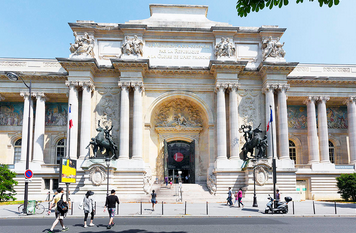