He was welcomed on his arrival, around 17h, at the Nsimalen airport, by the cameroonian Head of State H.E. Paul Biya, who was accompanied by the Prime Minister Philemon Yang, the President of the National Assembly, Cavaye Djibril Yéguié, the Senate President, Marcel Niat Njifenji, The Ambassador of Cameroon to France, H.E. Lejeune Mbella Mbella and the Ambassador of France to Cameroon, S.E. Christine Robichon.

Following the ceremony, a procession was formed towards the Unity palace where the two heads of state held talks face to face before expanding maintenance to delegations. 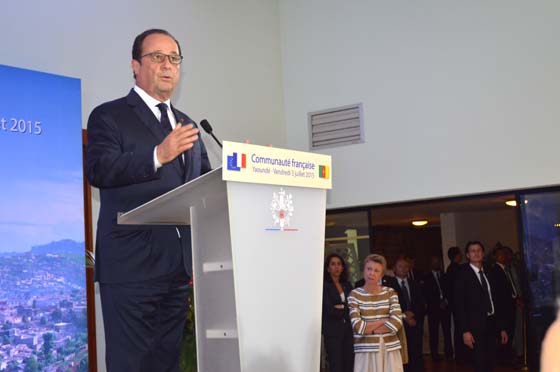 Businessmen from both countries explored new investment opportunities on the sidelines of the visit.

Four financing agreements for a total amount of 76 billion were signed between the two parties. They concern the regional capitals, additional adjustments to the second bridge over the Wouri, support for small and medium entreprises and investment from the diaspora.

Parliamentarians of both countries have also been able to take stock of cooperation between the two countries Friday evening at the Unity Palace, on the sidelines of the meeting.

This visit was marked by a gift exchange between the two heads of state and gave the opportunity to Paul Biya and his guest to celebrate the friendship between the two countries. 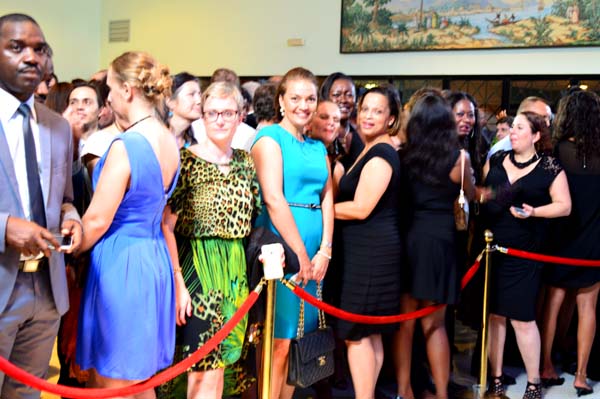 After the talks, the two leaders held a press conference at which, Cameroonian journalists of the private press were invited. It was unprecedented,

Over 300 guests attended the dinner held the same day at the Unity Palace by Paul and Chantal Biya in his honor. The Head of State of Cameroon delivered a toast during the dinner.

President Hollande was then directed to the Residence of France in Yaounde where a dinner was offered to the French community living in Cameroon.