Home > News > Franco-Cameroonian News > Visit of Mrs. Girardin in Cameroon from the 1st to the 3rd November (...)

Visit of Mrs. Girardin in Cameroon from the 1st to the 3rd November 2015

Mrs Annick Girardin, Secretary of State for Development and Francophony of the French Republic, has visited Cameroon from the 1st to the 3rd November 2015. This visit confirms the friendship and solidarity between France and Cameroon, in line with the state visit of President Hollande in Yaounde on July 3. 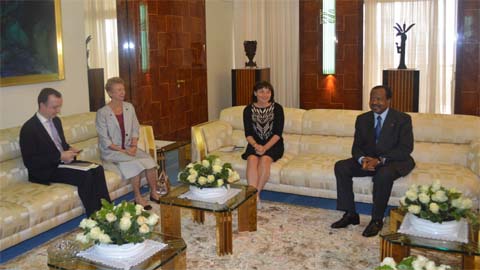 She was receive in audience by the president of the Republic, HE M. Paul Biya and by the ministry of External Relations, Mr LeJeune Mbella Mbella. Mrs Girardin has discuss with them about bilateral relations and the preparation of the Paris conference. 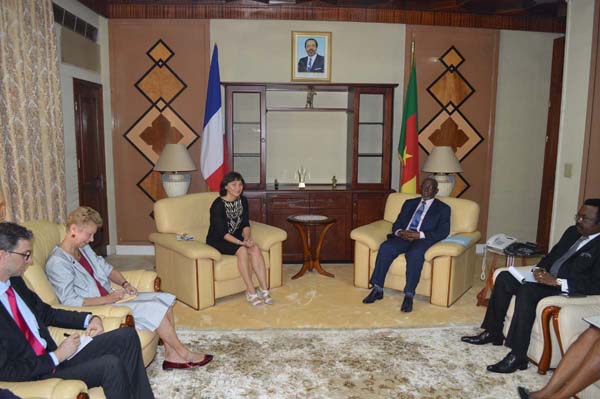 With the approach of the Paris climate conference opens on 30 November, a major theme of the program was the fight against climate change. She visits sites of the various Franco-Cameroonian cooperation project in connection with the fight against climate change. She also visits National School of Water and Forests in Mbalmayo, where a sensing training center which the aim of fighting against deforestation must be set up with support from the French Development Agency (AFD). In the Observatory Nyong Watershed Upstream, where she also go, the work of Cameroonian and French scientists, with the support of the Institute of Research for Development (IRD), is to better understand and analyze climatic variations. Mrs Girardin also visited made or proposed urban developments projects in the Urban Community of Yaounde with funding C2D or AFD loans to improve the living conditions of the inhabitants and fight against floods.

Mrs Girardin meet with NGOs and student and exchanges on issues and challenges of the Paris climate conference.

To focus on helping the victims of Boko Haram, she meet with international organizations and NGOs who are implementing humanitarian assistance programs for refugees, displaced and host populations funded by France. Mrs Girardin also focus on development projects supported by France to strengthen the resilience of rural populations in areas affected by insecurity.

She paid a visit to Maroua November 3. 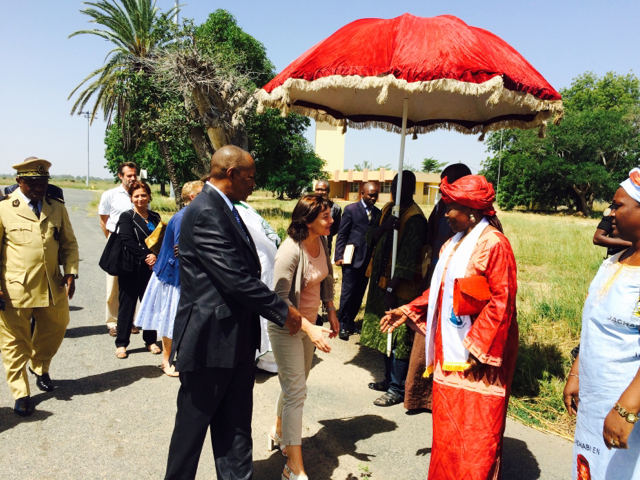 This visit was primarily intended to express the solidarity of France to the people of the Far North under attack by Boko Haram. Mrs Girardin praised the dignity of the people of this region, direct or indirect victims of terror and despite their suffering, generously accommodate displaced and refugee families. She paid tribute to the work of the defense and security forces who bravely resist, as well as Cameroonian citizens efforts that have helped to thwart attacks.

See photo album of the visit