Home > News > Environmental and scientific news > Understanding the role of termites in maintaining soil fertility in the (...)

If the role of earthworms in maintaining the fertility of temperate soils is not to be demonstrated again, it is the termites that act as the main ’bioturbators’ or ’soil engineers’ in tropical ecosystems. It is several tons of soil per hectare that pass annually through the digestive tract or between the mandibles of the termites. Is the effect of termites so specific or does it respond to the constraints imposed by the environment? 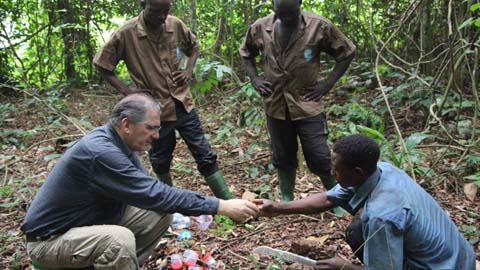 Project "BioTurb": to determine the influence of pedoclimate on the properties of biostructures produced by termites

Based on a partnership between researchers from the Research Institute for Development (IRD) and scientists from Cameroon but also from Brazil, Niger, Tunisia, Djibouti, India, Vietnam and Thailand and the United States, not forgetting CNRS researchers in France, the objective of the "BioTurb" project is to determine the influence of pedoclimate on the properties of the biostructures produced by termites (termites and veneers). Taking advantage of a variety of pedoclimatic situations, this project will answer the question of the influence of the environment on the properties of soils remodeled by termites. 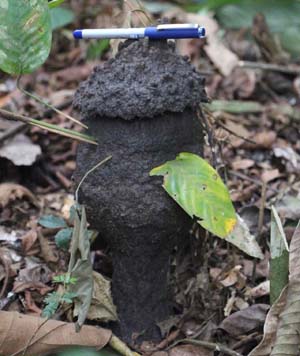 This comparative study, involving many teams from the South and the North, is also based on the analytical platform of the International Joint Laboratory of the Franco-Indian Water Sciences Unit (LMI CEFIRSE, IRD). It is within this framework that, on April 21, 2017, Jean-Jacques Braun, geologist at the IRD and specialist in tropical continental surfaces and interfaces, took samples during a field mission to Nsimi, South of Cameroon.

In line with the objectives of sustainable development (SDG 15: Preserving biodiversity, land and forests), this study will help to better understand the role of termites in maintaining soil fertility in the tropics and in Cameroon in particular.