Training on Improvised Explosive Devices Detection in the North and Far North Regions (26.09 to 7.10.2016)

From September 26th to October 7th, 2016, ten training sessions for detection of improvised explosive devices were carried out for the police, the gendarmerie and firefighters in the North and Far North regions of Cameroon.

These actions, organized by the Internal Security Service (ISS) of the Embassy of France to Yaoundé and funded by the Crisis Center of the French Ministry of Foreign Affairs took place in Garoua and Maroua and helped train 850 people.

During the sessions, led by Police Chief Eric Le Moigne, technical advisor of the General Delegation for National Security (DGSN), Principal Police Officer (OPP) William Wandji, neutralization and destruction of explosive devices (nedex2) specialist stationed at the DGSN, and Captain Louis Charles Boum Mbadi of the training center in judicial police of the Cameroonian gendarmerie, the trainees were shown how to recognize the main characteristics and elements of the most common improvised explosive devices in the region.

The educational material used during the training was particularly appreciated by the trainees, who could manipulate inert explosives and fire-ready devices in order to understand more concretely how they work. They have also been raised aware on what to do in case of the discovery of explosive devices.

These actions are part of the support of France in Cameroon in the area of ​​internal security, and follows numerous trainings for the police and gendarmerie of Cameroon in the ​​counter-terrorism sector.

One has to acknowledge the strong involvement of the Cameroonian gendarmerie and the police in this project which enabled its achievement in optimal conditions. The existing workforce in the most difficult places in the country were able to take advantage of it.

OPP William Wandji and Captain Mbadi Boum will be provided educational materials to ensure the sustainability of this training for the benefit of interested institutions. 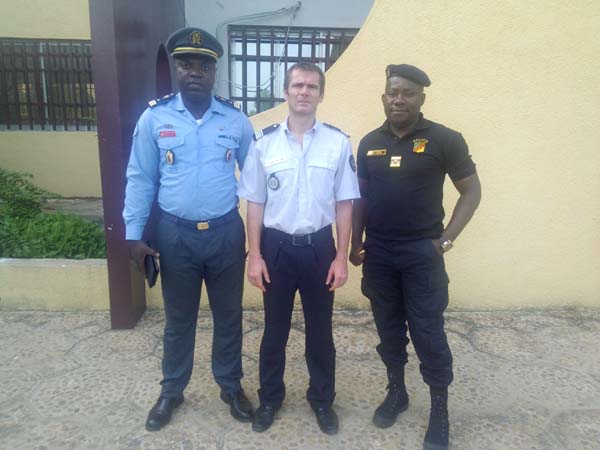 Internal Security Service (ISS) of the French Embassy to Cameroon