Home > News > Franco-Cameroonian News > Together Against Death Penalty at the Residence of France (Oct. 19th, (...)

Together Against Death Penalty at the Residence of France (Oct. 19th, 2016)

In continuation of the World Day Against the Death Penalty (October 10th, 2016) and the international competition of Francophone journalism students against death penalty, the Ambassador hosted a reception at the Residence of France on Wednesday October 19th, 2016. 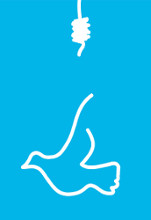 ESSTIC supported its young protégé to the end and demonstrated it at the reception in the presence of the Board and Director Laurent Charles Boyomo Assala.

In his speech at the reception (French), the Ambassador made his plea for the death penalty abolition, a value that is dear to France and the European Union.

Extract of the Ambassador’s speech (full text in French here)

(...) Hence the importance of journalists to challenge consciences, stimulate debate, raise awareness, with supporting evidence, that the death penalty is not only irreparable if there is a miscarriage of justice, but is also cruel and ineffective.

Far from protecting people, the death penalty is a denial of their humanity. Far from protecting their safety, it is based on fear, violence and death. The arguments are known but, when dealing with prejudice, it is essential to recall them. It is all the more necessary to do so since there is a strong temptation to invoke, for example, the terrorist threat to justify the application of the death penalty.

I recall on this matter what everyone knows: for so-called jihadists (actually criminals of the worst kind), death opens the gates of heaven and grants the status of martyrdom. This is precisely the trap in which those who blindly sow death want to lead us, and in which we will not fall. (...)

The Ambassador also praised the work of the Lawyers Network against the Death Penalty in Cameroon (RACOPEM) in this direction. Alongside youth, men and women from all horizons, judges and lawyers along with reporters will be at the forefront of this fight.