The series « This is life » broadcasted in Cameroon

On the occasion of the broadcast in Cameroon of the series "This is life", the embassy organized a special evening at the French Institute of Yaounde on March 6th.

“This is life” is a unique series which focuses mainly on women and children health issues. Already broadcasted on Canal+ Afrique in 2015 and on TV5 Monde Afrique in 2016, the pan-African series, mainly financed by international aid was shot in Dakar. “This is life” knows already a great success on the continent.

The story takes place in an urban health center in Dakar. The heroine, a young woman is newly recruited as midwife. With the many stories of everyday life, the series educates young people and adolescents about the good practices in sexual, maternal and child health.

At the G8 meeting in Muskoka in Canada (2010), the G8 leaders pledged to increase funding for maternal and child mortality. Thus, France grants 100 million euros each year to six countries in West Africa to fight maternal and infant mortality. 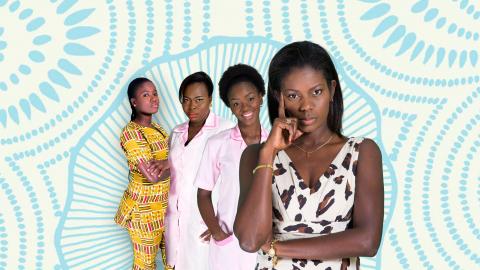 Part of this amount was allocated to the production of the series “This is life” through the French Muskoka Fund in order to highlight the social and cultural factors directly affecting the health of women and children in major African cities.

To increase the impact of the series, the French Embassy has handed over the entire first season (26 episodes of 26 minutes) to the two national television stations in Cameroon: CRTV and Canal 2. They will broadcast “This is life” on their antenna.