Home > News > News in France > The Metz International Fair: a showcase for the dynamism of (...)

The Metz International Fair: a showcase for the dynamism of Lorraine 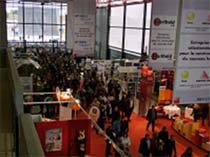 Lorraine will once again be the centre of attention from 27 September to 7 October during the 78th Metz International Fair. This event illustrates the dynamism of the businesses of one of France’s leading exporting regions.

A dynamic region at the heart of Europe

The Lorraine region is a genuine crossroads at the heart of Europe, with dense trade relations with Luxembourg and Germany. The region is situated in a cross boarder basin covering 60 000 square kilometres with a population of close to 3 million, concentrated particularly in four emblematic urban centres: Metz, Luxembourg, Nancy and Saarbrücken.