Gilles Thibault, Ambassador of France to Cameroon, made a trip to the Far North, North and Adamawa regions from October 13th to 15th, 2016.

On this mission, he met with all three regions’s governors, representatives of the administrative authorities and the defense and security forces. He also visited a number of humanitarian and development projects supported and carried out by France, as well as the French Alliance and "The Tinguelin" French school in Garoua. Finally, each step of this trip gave him a chance to meet the French community and the French humanitarian actors on the ground.

This visit was an opportunity to recall France’s commitment alongside Cameroon against Boko Haram, its assistance to Nigerian refugees and displaced Cameroonians, as well as its development projects for the people of these three C2D-funded areas. 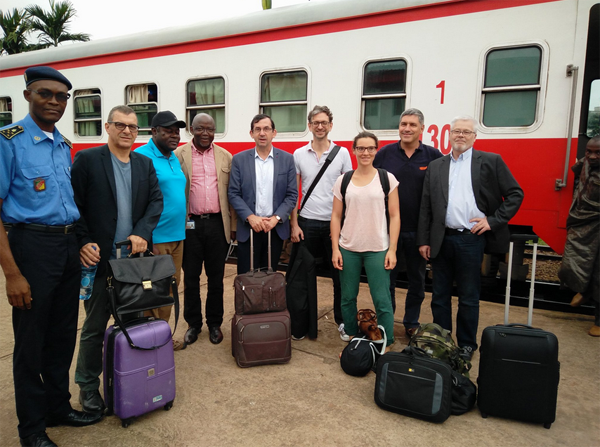 After meeting with the Governor and the Government Delegate of the Urban Community of Maroua, Gilles Thibault visited on October 13th the refugee camp of Minawao. Hosted by the United Nations High Commission for Refugees, the World Food Programme and the French NGO Première Urgence - Aide Médicale International, camp manager, he was able to visit the health center site, the WFP warehouses and discuss with refugee representatives.

He then went to Mokolo hospital to visit French NGO ALIMA’s pediatrics and nutrition project. This operation is financed by French cooperation and aims at improving pediatric and nutritional management of Cameroonian children and refugees in the region.

On October 14th, the Ambassador rejoined Garoua by the dirt track along the Nigerian border. He was thus made aware of on-site travel and safety conditions and village activity in the border area. At Garoua, the Ambassador met with the Governor before going to project sites funded by the Debt-Reduction and Development Contract (C2D) for the urban program regional capitals, along with the Government Delegate of the Urban Community of Garoua.

The "Regional Capital" program aims at :

Improving the urban setting, the image and the economic development of cities;

Strengthening the capacities of urban communities. Five cities in Cameroon are targeted by this program: Maroua, Garoua, Bertoua, Bamenda and Bafoussam

Gilles Thibault then met parents and children of « Le Tinguelin » French School, where he got to discuss with the Director and the French Alliance in Garoua’s managing committee.

The Ambassador’s journey came to a last halt on October 15th in the capital of the Adamawa region, Ngaoundéré, where, after a meeting with the Governor, he visited a farm and a training center for agricultural trades supported by the Support Programme for the Renovation and Development of Vocational Training in Agriculture, Livestock and Fisheries (AFOP).

Support Programme for the Renovation and Development of Vocational Training in Agriculture, Livestock and Fisheries (AFOP)

Funded by a grant from the second C2D and a loan from the French Development Agency (AFD), the AFOP programme’s purpose is the improved economic performance of the Cameroonian agriculture through the enhancement of the professional qualification of actors in agriculture and rural development. The focus is on renovation and development of vocational training in agriculture, livestock and fisheries.

The Ambassador also visited a medical center in the district of Dang on the outskirts of Ngaoundéré - an establishment pertaining to the pilot phase of the project "health care voucher" in which the program was launched a little over a year in the presence of the Public Health Minister and the Ambassador of France.

Implemented under the joint program of the Ministry of Public Health, the French Development Agency and the German Development Agency (KfW), the health care voucher aims at reducing maternal and neonatal mortality through the implementation of a subsidy mechanism, which allows pregnant women to be monitored all throughout her pregnancy, to have a safe delivery and to benefit from postnatal care. The expecting mother pays 6,000 CFA Francs and receives a paper in return, the health care voucher, subdivided into several coupons that match the care to which they are entitled, without any additional payment. This project is implemented in 59 public and faith-based health facilities in the Adamawa, North and Far North regions. The project implementation was entrusted to the French NGO "International Development and Research Centre" - CIDR with the support of NGO "CARE".

French contributions to humanitarian action in Cameroon in order to meet the needs brought about by Boko Haram and the Central African Republic crisis : 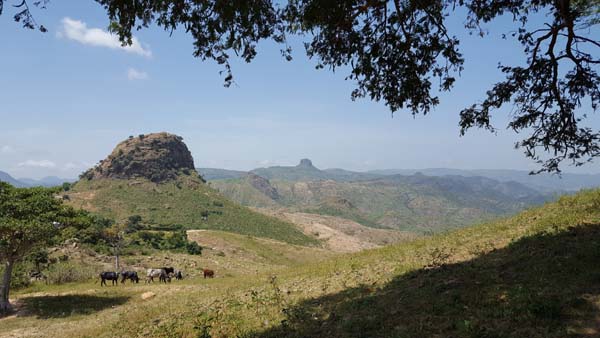