Home > News > Press Release > Signing of a Cooperation Framework Agreement Between Douala and (...)

Signing of a Cooperation Framework Agreement Between Douala and Bordeaux

Signing of a Cooperation Framework Agreement Between the Urban Community of Douala, Bordeaux Métropole and the City Hall of Bordeaux (October 5th, 2016)

On October 5th, 2016, in Douala, the Urban Community of Douala, Bordeaux Métropole and the City Hall of Bordeaux signed a cooperation framework agreement related to the « Douala Sustainable City » project, in the presence of the Ambassadpr of France to Cameroon, H.E. Mr Gilles THIBAULT. 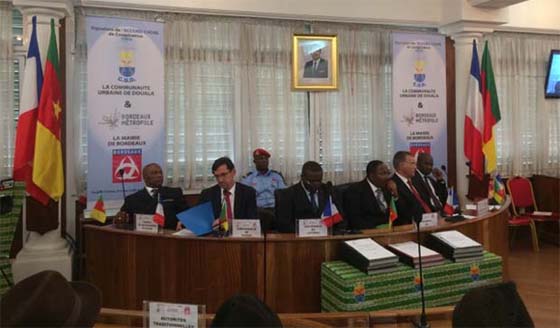 This agreement particularly provides for the provision of an International Solidarity Volunteer to the Urban Community of Douala starting January 2017. Exchanges will continue in the areas of economics and urban planning, with the training of young Cameroonian entrepreneurs in Bordeaux in spring 2017, the exchange program between the Cameroonian Architecture School (Essaca) and the National School of Architecture and Landscape of Bordeaux (ENSAP), and the preparation of the Entrepreneurial Residence for Youth Bordeaux-Africa’s second edition. In addition to financing water-related and sanitation solidarity actions, experts from the Urban Community of Bordeaux (Bordeaux Métropole) will be associated with the "Mobilize Your City" campaign in favor of urban mobility, funded by the French Development Agency ( AFD).

The Bordeaux delegation, on a visit to Cameroon from October 2nd to 9th, 2016, is led by Mr Michel VERNEJOUL, delegate councillor to Bordeaux Métropole for international relations and by Mr Pierre de Gaétan NJIKAM-MOULIOM, deputy mayor of Bordeaux in charge of partnerships with sub-Saharan Africa. This delegation is accompanied by the Bordeaux Africa Business Club (CBSOA), of which fifteen economic operators of the Nouvelle-Aquitaine region will benefit from Business France’s support in their developement projects in Cameroon. 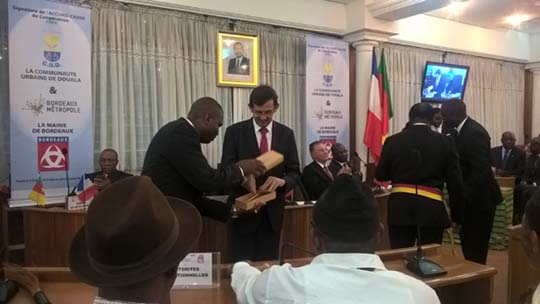 Bordeaux Métropole, capital of the Nouvelle-Aquitaine region, gathers 28 municipalities and 740,000 inhabitants. It is one of the most dynamic cities of France with some high competitivity poles in aeronautics, biotechnologies, numeric technologies and eco-industries. Nerve center of an intense industrial and commercial activity on the estuary of Gironde, Bordeaux presents similar assets to Douala’s on the Wouri estuary./. 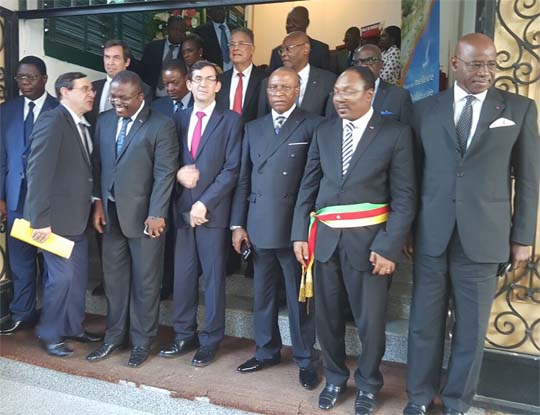