From September 19 to 30th, 2016, training is provided by an operational training detachment from the French Elements in Gabon consisting of ten French soldiers (officers, non-commissioned officers and other ranks), currently in Ngaoundere to work alongside the Cameroonian armed forces as part of the support made by France to the special forces and demining units. As part of the framework of the Agreement of May 21st, 2009, establishing a defense partnership between Cameroon and France, the training that was provided from September 19th to 30th, 2016, will help future commandos to acquire highly specialized techniques and will give engineering sappers the ability to clear mines and defuse improvised explosive devices (IEDs) used regularly by Boko Haram terrorists on the Far North’s road. 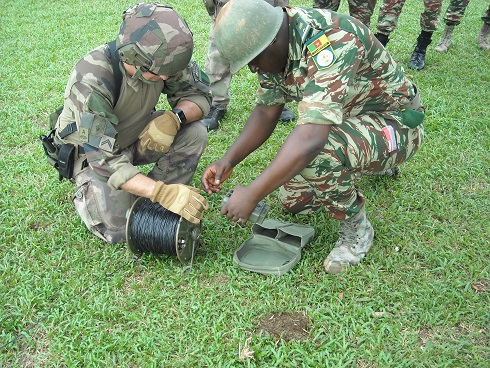