Home > News > Environmental and scientific news > Launching of a regional master’s degree in integrated management of (...)

The ’Integrated Management of Coastal Areas and Marine Environments " master’s degree is a multidisciplinary regional training open to students in subjects such as basic sciences, life and land, human and social, economic and legal. The training involves four universities in the Central African region, two in Cameroon (Douala University, University of Yaoundé 1) and two in Gabon (Omar Bongo University, University of Science and Technology of Masuku). It aims to increase the currently insufficient number of high-level executives in the field of integrated management of coastal and marine environments of the Gulf of Guinea, in professions as diverse as scientific research, planning and management, auditing environmental and ecosystem preservation.

This master’s degree is supported by France through the Research and Development Institute (IRD) and the Cooperation and Cultural Action Service (SCAC) in Cameroon, as well as through the University Agency of Francophonie (AUF) and, in Gabon, the National Agency of National Parks (ANPN). 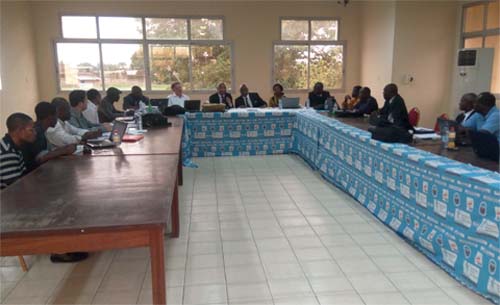 The first year of the master’s, led by the University of Douala, allows students to develop transferable skills, participate in field schools and perform a mandatory internship for employability. The second year is in turn divided into four learning paths:

University of Douala (research and development)

On September 28 and 29th, 2016, the first steering committee for the master’s degree was held in Douala, bringing together representatives of the Cameroonian and Gabonese universities (UOB, USTM, UD, UY1) and donors (IRD, SCAC-Cameroon, AUF , ANPN). The IRD was represented by Jean-Jacques Braun, geochemistry research director; the SCAC by Camille Lefort; and AUF by Pierre-François Djocgoué; ANPN by Magloire Mounganga.

The Committee received the visit of Pr. François-Xavier Etoa, Rector of the University of Douala, and Pr. Jacques Etamé, Director of the ITU, who assured members that everything would be done for the smooth running of the master’s on campus. 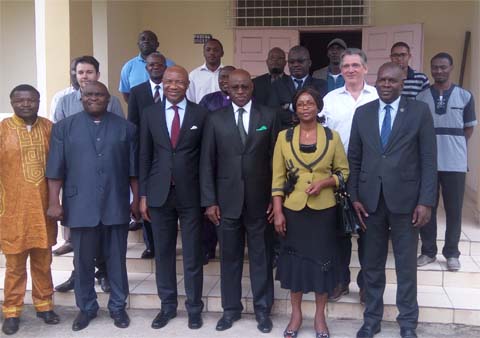 Selection of students for the first cohort was performed according to their academic excellence, professional experience and the adequacy of training received and their chosen educational path. The selection also respected regional balance. Thirty-nine students (1 Centralafrican, 1 Chadian, 7 Gaboneses, 30 Cameroonians) were thus selected for the main list and 9were selected on complementary list, in order of merit. The starting date of the teachings is set for October 24th, 2016.