Home > News > Diplomatic News > International Day for the Remembrance of the Slave Trade and its Abolition (...)

International Day for the Remembrance of the Slave Trade and its Abolition (August 22nd, 2016)

On the occasion of the International Day for the Remembrance of the Slave Trade and its Abolition this Monday, August 22nd, 2016, the French Embassy in Cameroon joins the international recollection in memory of the millions of victims of the triangular trade that took place between Africa, America and Europe. 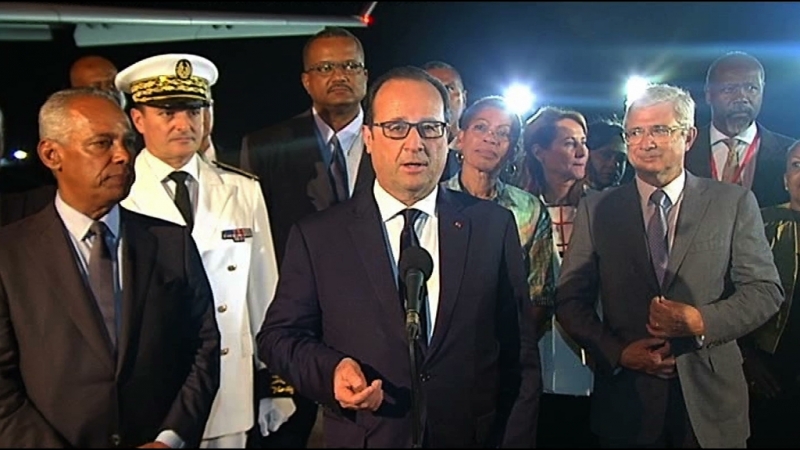 Under French law, this despicable trade has been abolished thanks to the unceasing pleas of Priest Grégoire and Toussaint Louverture in 1794, and then Victor Schoelcher in 1848, but also thanks to anonymous slaves who resisted and who contributed to their own emancipation. Since 2001, the reality of the slave trade and slavery was recognized by law as a crime against humanity. In October 2012, the President of the French Republic paid a tribute in the name of France to victims of the slave trade: "Trafficking takes us back to the debt we have regarding Africa. We know the sad part played by France in the exploitation of African land under this barbaric trade which brought men, women and children in boats’ holds to be transported where the unworthy exploitation of their work was demanded. (...) This mass deportation that lasted several centuries across several continents. This monstrous activity which considered that a human being, because of the color of his skin, could be reduced to a commodity status. " Many places of memory were opened in France to maintain the memory of the slave trade and its abolition, including the Memorial to the abolition of slavery inaugurated in March 2012 by the Mayor of Nantes at the time, Jean-Marc Ayrault, and the Memorial act or "Caribbean Centre of expressions and memory Trafficking and Slavery" inaugurated in May 2015 at Point-à-Pitre (Guadeloupe) by the French President in the presence of several African Heads of State. The French Embassy in Yaoundé also welcomes the efforts of Cameroon to preserve places of memory of slavery like the slave port Bimbia or Bilumbelum in Ndiki-village.

Trafficking in human beings is unfortunately still going on nowadays. As recalled by the President Hollande in May 2016: "Today, 22 million people are still in the human trafficking network - men, women, children, reduced to slavery, forced to work. Kidnapped, raped, and sometimes killed. I think of these girls, especially those who had been kidnapped by terrorists of Boko Haram, and then traded and forcibly married. " Through the Priority Solidarity Fund "to support the fight against human trafficking in the Gulf of Guinea", with a budget of EUR 800 000 (FCFA 525 billion) for 3 years, France supports the efforts of Cameroon, Nigeria, Benin, Ghana and Togo against these modern forms of slavery as well as the dismantling of trafficking networks. An example of action in Cameroon is the equipment and training of the interministerial platform Bamenda (North-West region) on the matter of human trafficking. In this context, a joint Nigeria-Cameroon workshop on cross-border trafficking and the problem of "baby factories" will be held in the course of the fall 2016.