Insignia of Arts and Letters for Jean-Jacques Kotto

On Monday, June 19, the French Ambassador to Cameroon give to Jean-Jacques Kotto the insignia of Knight of the Order of Arts and Letters. 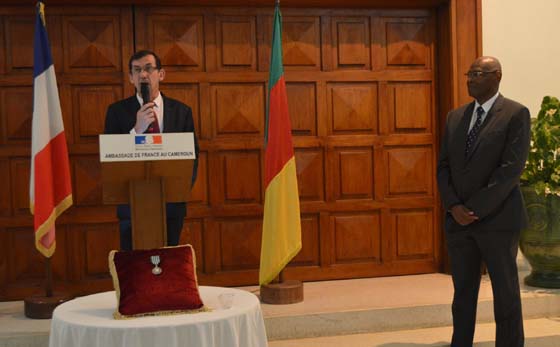 Jean-Jacques Kotto, architect, director of the Special Higher School of Architecture of Cameroon (ESSACA) received the symbolic distinction of the Arts and Letters of the French Republic, awarded by the Minister of Culture.

Jean-Jacques Kotto is a graduate of the Ecole Nationale Superieure des Beaux-Arts in Paris. He is also the general director of the architectural firm G2A (group of African architects) based in Yaoundé.

Today, the school collaborates closely with the National School of Architecture and Landscape of Bordeaux, through sharing of teachings, cross-experiments and scientific exchanges.