Home > News > Franco-Cameroonian News > Historic visit to Cameroon of the President of the French National (...)

Historic visit to Cameroon of the President of the French National Assembly, Claude Bartolone

For the first time since independence, a president of the French National Assembly was visiting Cameroon on Sunday 26 and Monday, October 27, 2014. Mr. Claude Bartolone was accompanied by two deputies - Ms. Patricia Adam (PS), President of the Committee on Defence and Alain Marsaud (UMP), deputy of French abroad - as well as the Secretary General of the National Assembly and members of his cabinet.

This official mission began with a visit to the Higher International School of War (ESIG) in Yaounde, where trainees from 21 differents nationalities officers are trained in high-level command post exercise and ownership of defense issues and security in Africa. Approximately 30% of the budget of the Cameroonian regional vocation school is funded by France, which also provides four commissioned officers, including the director of education. 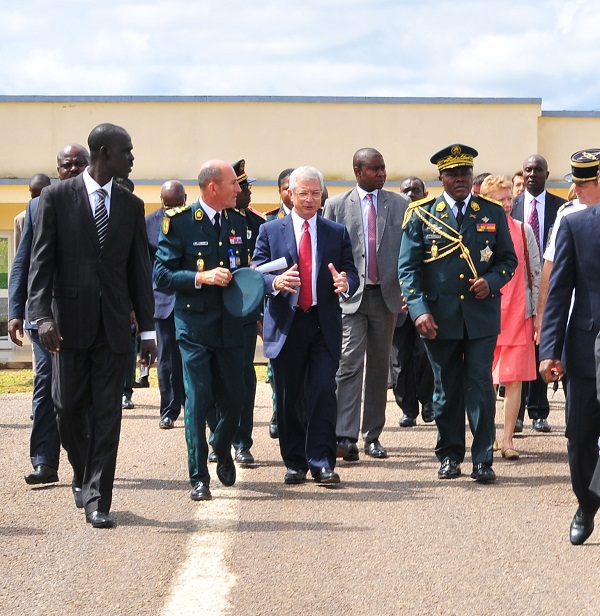 The second stage of the visit was the French Institute of Cameroon, where about twenty young Cameroonians who received student grants from the French government or an accompanying of Campus France have agreed to share their experience with the Speaker of the National Assembly and his delegation. This rich exchange showed that France is still the preferred destination for students from Cameroon, with 7401 registered so 30% of Cameroonian international students. Nearly 800 000 euros of students scholarships are made each year by the Embassy of France in Yaounde to enable Cameroonians to do their Masters or Doctorate in France. Nearly 150 000 additional euros are dedicated to scholarships in favor of Catholic University of Central Africa (UCAC) to promote local development of a system of higher education of quality for youth in the subregion.

Claude Bartolone was received in audience by the President of the Republic HE. Mr. Paul Biya. He reaffirmed the solidarity of France with Cameroon witch face the insecurity caused by the situation in the neighboring countries of Cameroon, particularly in the fight against Boko Haram. The President has the honor of raising him to the dignity of Grand Officer of the National Order of Valour.

During consultations with his Cameroonian counterpart, the Right Honourable Yéguié Djibril Cavaye and with thirty parliamentarians, Mr. Bartolone recalled the availability of the French authorities and the National Assembly in particular to support the work of the Cameroonian parliament, and accompany the implementation of the future Constitutional Council. He traded with them on the security and humanitarian challenges in the border regions to the north and east of Cameroon. 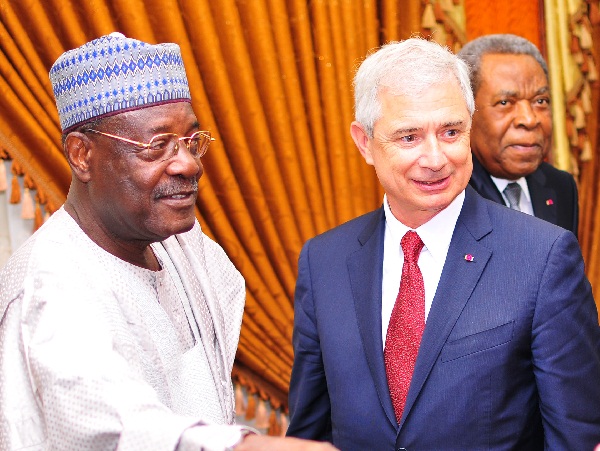 President Bartolone has finally met the Cameroonian press and representatives of the French community in Cameroon.

Photo Album of the visit to Cameroon of the President of the French National Assembly, Claude Bartolone