Following the success of the first event, Laurent Fabius decided to make Goût de France / Good France an annual event. Every 21 March, French gastronomy and the values it promotes will thus be celebrated all around the world. 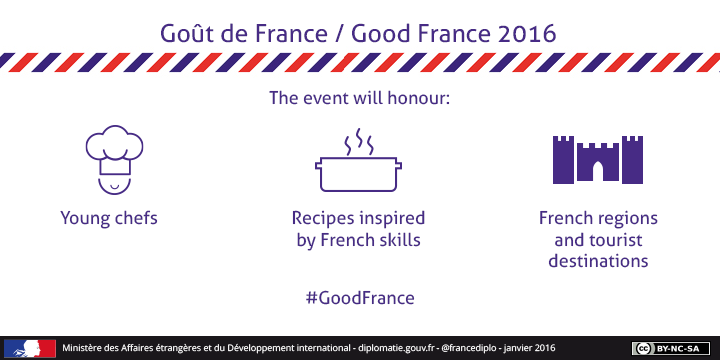 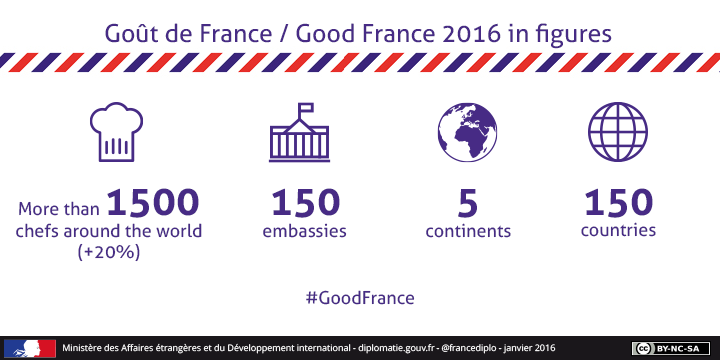 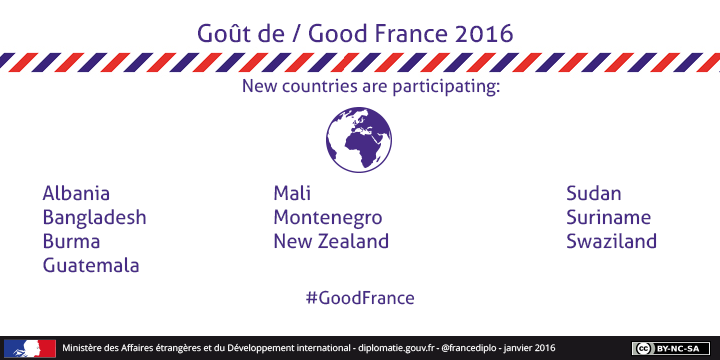 On the occasion of the launch of 2016’s event, the Minister and Alain Ducasse presented the participating restaurants, in countries all around the world. In the end, more than 1500 restaurants worldwide have been selected for the Goût de France / Good France event of 21 March 2016.

In addition to the 1500 participating restaurants, our embassies will also be fully involved in organizing the event, and will be holding their own dinners, hosted by the ambassadors.

Cameroon has no less than five restaurants in Yaounde and Douala participating in the operation. The "Akwa Palace" and "Le Bistro Latin" in Douala, "La Terrasse" in Yaoundé and "Le Marseillais" in Baham will pay tribute to the excellence of French cuisine around a dedicated menu. 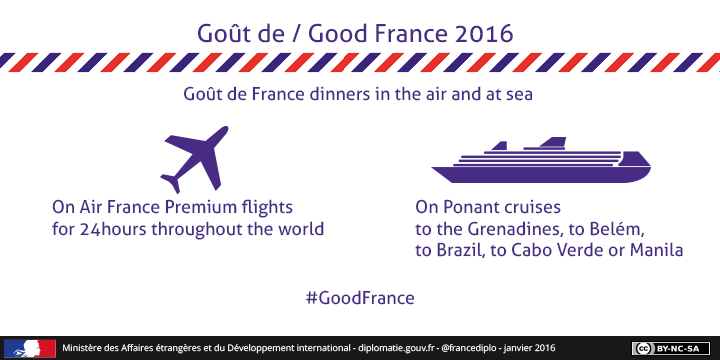 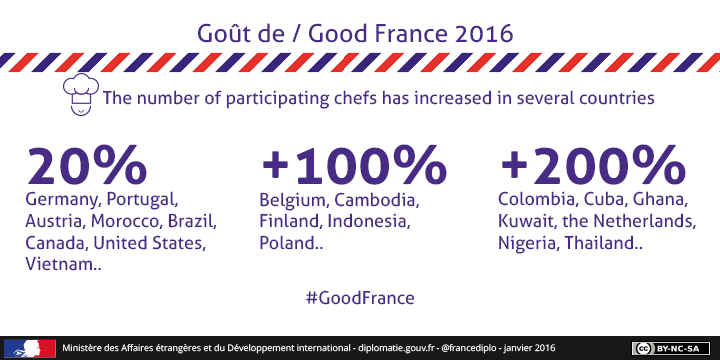 With almost a third of foreign tourists citing gastronomy and wine as some of the main aspects that drew them to visit France, the Goût de France / Good France event highlights the French art de vivre and its local produce, while promoting France as a destination. 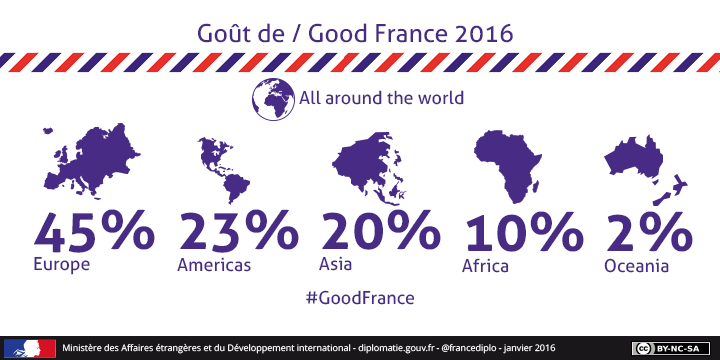