Cameroon – Attack against the town of Fotokol (February 4, 2015)

France condemns the heinous attack against the town of Fotokol carried out by Boko Haram terrorists, which killed several dozen civilians and soldiers.

We extend our wholehearted condolences to the victims’ families and to the Cameroonian and Chadian authorities. The perpetrators of these crimes must be held accountable for their acts. 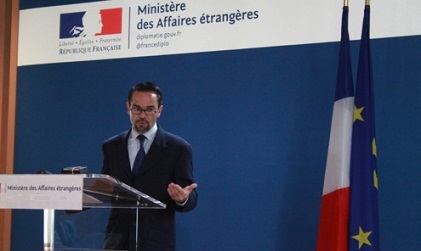 France reaffirms its wholehearted solidarity with the authorities, the armed forces and the populations of Cameroon and Chad. Together with its African and international partners, it supports the efforts of the states of the region to combat terrorism and endorses the robust, coordinated regional response being implemented by the African Union.