Call For Applications - Human Rights Prize Of The French Republic

Call For Applications - Human Rights Prize Of The French Republic 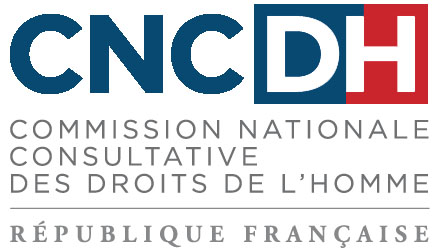 Applications are now open for the 2016 “Liberty, Equality, Fraternity” Human Rights Prize of the French Republic, awarded by the Prime Minister of the French Government.

This Prize, which was set up in 1988, is awarded in recognition and support for the completion of individual or collective projects carried out in the field, in France or abroad, regardless of nationality or borders, and linked to one of two possible themes. Non-governmental organizations (NGOs) and individual candidates, regardless of nationality and borders, should present a field initiative or project to be implemented in France or abroad, on one of the two themes for 2016.

Migrants account for 3.2% of the world population; this figure includes refugees fleeing persecution or the threat of persecution, environmentally displaced persons and those who leave their country seeking work. This percentage has remained fairly stable for years, but these movements, whether voluntary or imposed, are now driven by more complex factors and affect a wider range of destinations. All regions of the world and all population groups are now concerned. Despite this diversification of migratory movements and the fact that human mobility is inevitable in our globalized world, the countries of the North remain obsessed by the fear of an “invasion” of poor migrants from the South. As a result, the intrinsic vulnerability of migrants is growing, as increasingly strict security policies are implemented to control migration. Europe is introducing ever tighter controls at its external borders, forcing refugees to take increasingly dangerous routes that are all too often fatal or lead to camps where they face abject living conditions.

Applications can be submitted for projects that aim to help and support migrants by defending and protecting their rights. The prize may be awarded to projects demonstrating innovative, concrete action that seeks to offer practical solutions to the problems facing migrants. Projects can also focus on better documenting violations of migrants’ rights throughout their journey and encouraging national authorities to reform their legislation and policies through advocacy work.

Theme 2: representing and defending the rights of disabled people under the United Nations Convention on the Rights of Persons with Disabilities.

People with disabilities are often among the most marginalized and encounter unique and specific difficulties when it comes to exercising their fundamental rights. For a long time, it was assumed that these difficulties were a natural, inevitable consequence of their physical, mental, intellectual or sensory impairment. In 2006, the entry into force of the Convention on the Rights of Persons with Disabilities marked a radical change in the existing approaches to disabilities and encouraged a shift from a medical approach to a societal one. In the Convention, the emphasis is no longer on a condition that is perceived as a personal defect and considered a weakness or a disease. On the contrary, the Convention views disability as a “pathology of society”, in other words, the result of society’s inability to accept the person’s differences and be fully inclusive. It is society that must change, not the individual, and the Convention actually sets out a roadmap for this change.

The application, which must be written in French, must include:

Candidates must submit their complete application, before the deadline of 30 September 2016, to the Secretariat-General of the CNCDH:

Or by email at : cncdh@cncdh.pm.gouv.fr

Once the panel has announced the results, the 2016 Prize will be awarded in Paris by the Prime Minister, around 10 December 2016.

Five prize winners will be invited to Paris for the official ceremony. They will receive a medal and share a total sum of €70,000, awarded by the Prime Minister.

Five runners-up will be awarded a special medal by the French ambassador in their country of origin.

Civil society organizations based in Cameroon that apply are also invited to make themselves known to the French Embassy.