Home > The Embassy > The Ambassador > Biography of Christophe Guilhou 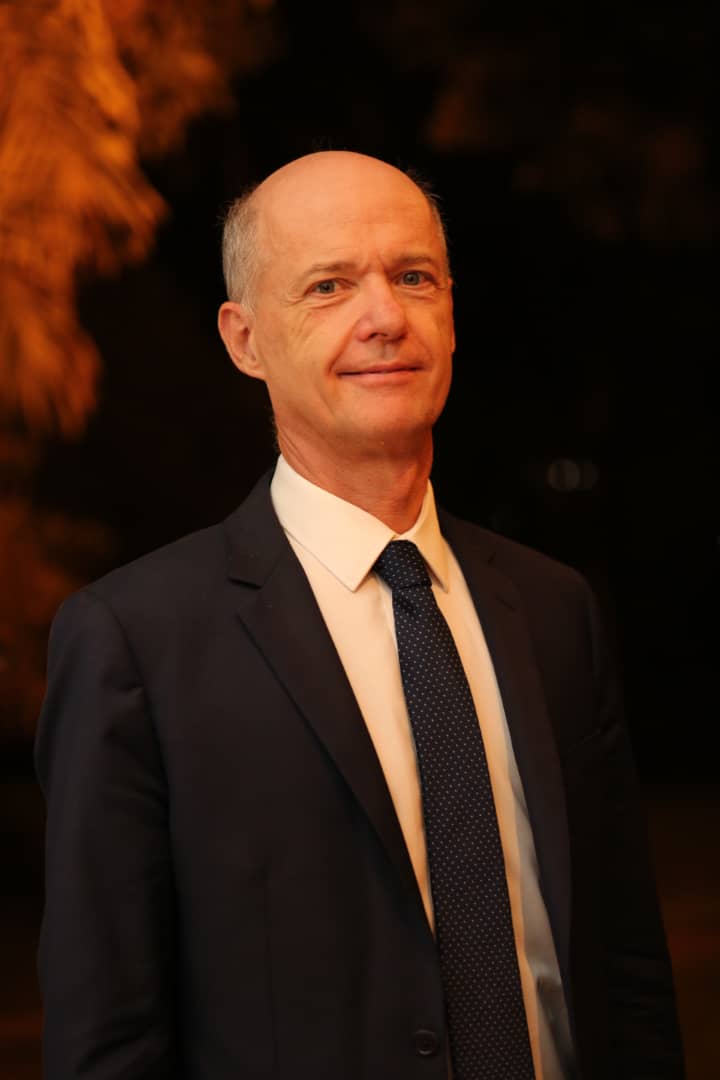 Ambassador of France to Cameroon

Born November 16, 1962 in Lille (Nord)Married, 3 childrenKnight of the National Order of Merit

Graduate of the Institute of Political Studies (IEP) of Paris, graduated in literal Arabic and Swahili from the National Institute of Oriental Languages ​​and Civilizations (INALCO).

* 1992-1993: Editor in charge of African and Malagasy affairs at the Ministry of Foreign Affairs (Cameroon, Nigeria, Benin).

* 1993-1995: Editor of the United Nations and International Organizations at the Ministry of Foreign Affairs.

* 2002-2004: Diplomatic Advisor to the Minister of Health, Family and Persons with Disabilities.

* 2004-2005: Deputy Director, Economic Affairs and Development, Head of the United Nations and International Organizations at the Ministry of Foreign Affairs.

* 2005-2006: Adviser for North Africa, the Middle East, the United Nations and human rights in the cabinet of Michel Barnier then Philippe Douste-Blazy (successively foreign ministers) .

* 2013-2015: Director of Peace, Democracy and Human Rights at the International Organization of La Francophonie (OIF).

* 2016-2019: Extraordinary and Plenipotentiary Ambassador to Djibouti.

* 2019: Extraordinary and Plenipotentiary Ambassador to Cameroon.