Ambassador of France visits Mora and Maroua with UNICEF

At the invitation of the United Nations Children’s Fund (UNICEF), the French Ambassador, Gilles Thibault, visited the Far North on 17 and 18 July. He visited the project implemented by UNICEF in Maroua and Mora in response to the nutritional crisis, which particularly affects children under five years of age. 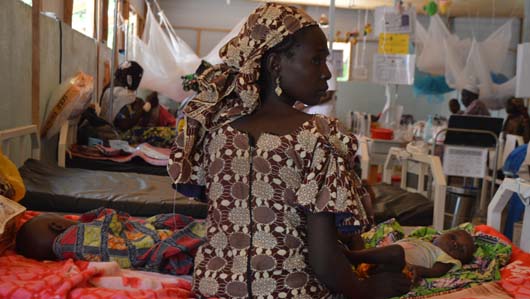 The prevalence of acute malnutrition remains high in the Far North, the region most affected by the consequences of the conflict with Boko Haram. In response to the nutritional crisis, UNICEF is implementing a comprehensive program to prevent and manage malnutrition of children under five years of age. The strategies implemented strengthen the partners’ capacities to screen and manage severe acute malnutrition and to reach vulnerable populations in order to guarantee them minimal coverage without interruption of aid.

The ambassador was able to observe on the spot the activities carried out by the Unicef ​​teams of the project financed to the tune of 328 million CFA francs (500 000 euros) by France, via the Interministerial Committee of French Food Aid. In Mora, he went to the city’s health center, which offers outpatient acute medical malnutrition (CNAS) and in-patient therapeutic center (CNTI) in the hospital Of the district. In Maroua, he went to the store of the Regional Directorate of Public Health, rehabilitated by Unicef ​​to store the inputs and drugs of the nutritional program before visiting the regional hospital. 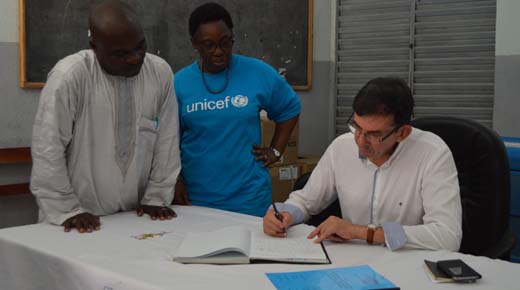 In total, 75% of the humanitarian aid provided by France to Cameroon is dedicated to food assistance. In 2017, total aid amounts to more than CFAF 1.8 billion (€ 2.8 million), not including the regional contribution to UNHCR’s actions of CFAF 1.6 billion (2.3 million CFA francs) euros).

In addition to humanitarian aid, hospitals of the region benefit from health cooperation, notably through the Global Fund to Fight HIV / AIDS, Malaria and Tuberculosis, and the GAVI Alliance (Global Alliance for Vaccination and Immunization)), which funds the implementation of the Expanded Program on Immunization. In Mora, the hospital benefits from the support of the Global Fund for the prevention and management of 3 diseases, and a maternity is in construction within the framework of the Deleveraging and Development Agreement (C2D) in the field of Health.

France, one of the first partners in the health sector in Cameroon, has allocated to Cameroon a grant of CFAF 189 billion (€ 288 million) for the period 2015/2017 via the Global Fund. The same allocation for the period 2018/2021 amounts to 189 billion CFA francs (164 million euros). In addition, with the GAVI Alliance, 120 billion FCFA (€ 184 million) have been disbursed since 2001 to finance 80% of the Expanded Program on Immunization of the Ministry of Public Health.